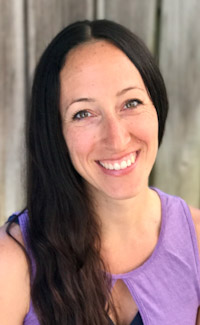 Nicole Starbuck (Tsal'gyur) danced with the San Francisco Ballet Company for ten years. A finalist at the Jackson International Ballet Competition, in 1994 she apprenticed with the San Francisco Ballet joining the company as a member of the Corps de Ballet in 1995. She was promoted to Soloist in 2002. During her ten years dancing with SFB Company under the direction of Helgi Tomasson, some of her favorite experiences included: Peasant Pas de Trois, Cygnets, and Neopolitan in "Swan Lake", Silver Fairy in "Sleeping Beauty", sharing a role with Lucia Lacarra in Nacho Duato's "Without Words", sharing the role of Princess with Yuan Yuan Tan in Yuri Possokov's "Medea", the Snow Queen in "The Nutcracker", George Balanchine's "Serenade" and "Jewels", Jerome Robbins "Glass Pieces" and "The Cage", and Val Caniparoli's "Lamberena". Ms. Starbuck is grateful to have worked with renowned figures such as Natalia Makarova, Christopher Wheeldon, Alexei Ratmansky, Nacho Duato, Mark Morris, Val Caniparoli, Susan Jaffe, and Georgina Parkinson.  Choreographing since she was a student, she has taught group and private classes since 2001.